Rose Acres students have stories published in a collection 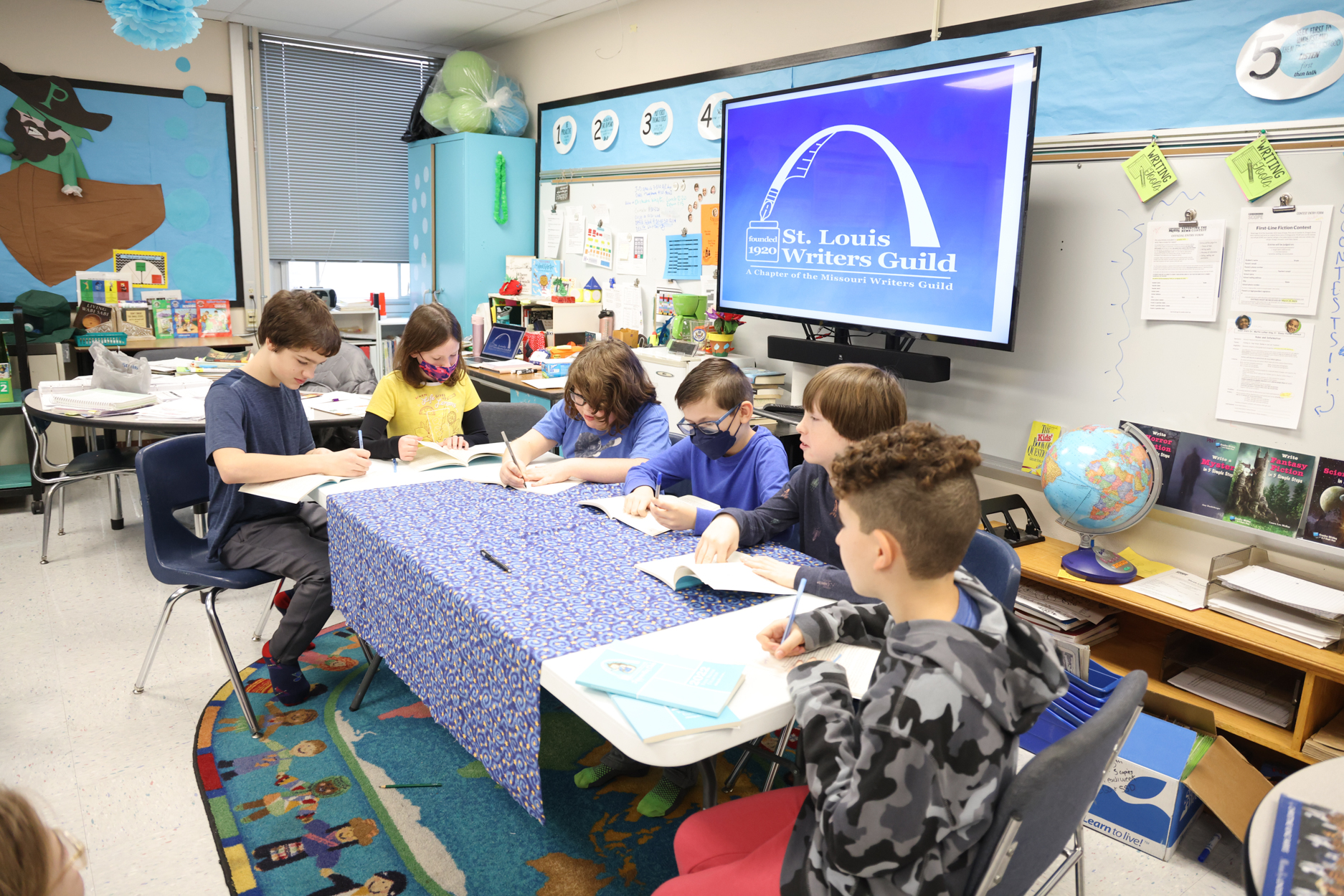 Five students in PEGS - Program for Exceptionally Gifted Students and Rose Acres Elementary School fifth grader Samy Nekka held a book signing after they were named winners and finalists in the St. Louis Writers Guild Young Writers Contest and had their stories published in a collection.

On Dec. 21, students signed copies of the book and read aloud their story that began with the opening line of "Along the river ..."

The anthology by the St. Louis Writers Guild is available on Amazon in two formats. A paperback copy is $5.99 and an ebook edition is just $0.99. Order your copy here: https://amzn.to/3WiLSCT

Click here to view photos from the book signing event.